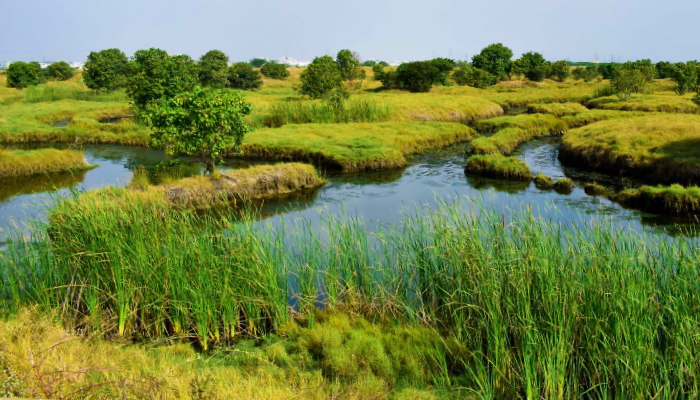 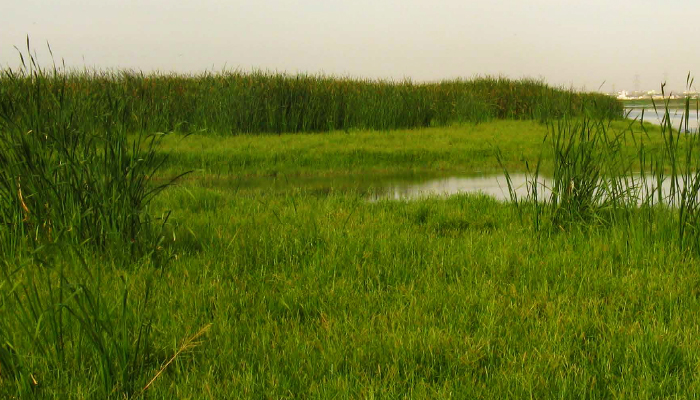 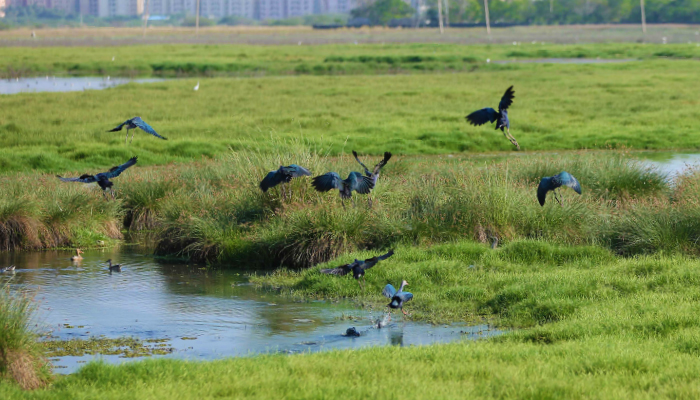 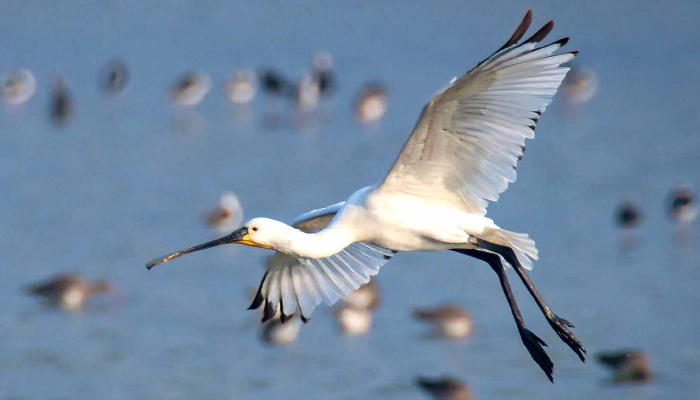 Previous Next
Register as a wetlands mitra
LATEST NEWS

A Wetland is a distinct ecosystem where the land is covered by water, either salt or fresh or somewhere inbetween. It exists all around the world from polar to tropical region and high altitudes to dry regions.Wetlands are the ecotones or transitional zones between permanently aquatic and dry terrestrial ecosystems. Ramsar Convention has defined wetlands as “areas of marsh, fen, peatland or water, whether natural or artificial, permanent or temporary with water that is static or flowing, fresh, brackish or salt, including areas of marine water, the depth of which at low tide does not exceed six meters”. A wide variety of wetlands like marshes, swamps, open water bodies, mangroves and tidal flats and salt marshes etc. exist in our country

Wetlands are areas where water is the primary factor controlling the environment and the associated plant and animal life.Wetlands are integral to a healthy environment. They help to retain water during dry periods, thus keeping the water table high and relatively stable. At the time of flood, they act to reduce flood levels and to trap suspended solids and nutrients to the lakes than if they flow directly into the lakes. Compared to tropical rain forests and coral reefs, wetlands are remarkable in their biological productivity. With respect to species richness and species diversity, these ecosystems stand higher than most other ecosystems. Wetlands are diverse and unique in structure, characteristics and functions, probably much more than other ecosystems. Wetlands are dynamic and complex and are under the influence of an array of biotic and abiotic factors. The most significant factor that determines the nature of a wetland is its hydrologic regime. Even for minor changes in the hydrologic regime of wetlands, biota may respond at times markedly in terms of species composition, richness, trophic relations and ecosystem productivity.

What is a wetland?

A wetland is a land area that is saturated or flooded with water either permanently or seasonally. Inland wetlands include marshes, peatlands, lakes, rivers, floodplains, and swamps. Coastal wetlands include saltwater marshes, estuaries, mangroves, lagoons and even coral reefs. Fish ponds, rice paddies and salt pans are human-made wetlands.

What is World Wetlands Day?

World Wetlands Day is a global awareness campaign celebrated every year on 2 February to highlight the value of wetlands. This day also marks the anniversary of the Convention on Wetlands, an intergovernmental treaty adopted in 1971 and which now has a global membership of 172 countries, officially known as Contracting Parties.

Who is behind World Wetlands Day?

In 2021, World Wetlands Day was designated a United Nations International Day by the UN General Assembly, which invited all 193 UN member states, observer organizations and stakeholders to observe it.

Why do wetlands need an awareness day?

Wetlands deliver essential services for humans, from filtering our water supply and providing water, to protecting us from storms and floods, sustaining biodiversity and storing carbon. More than 35% of wetlands have been degraded or lost since 1970, and this loss is accelerating. World Wetlands Day aims to increase public awareness of how much wetlands do for humanity and the planet, to promote actions that will lead to their conservation, wise use, and restoration.

The wetlands show several characteristic features that are determined by the combination of salinity of the water, soil types and flora and fauna in that habitat. The wetlands are categorized into different types. 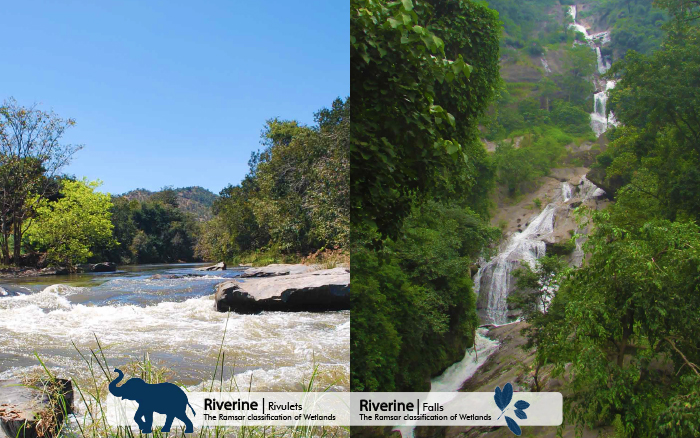 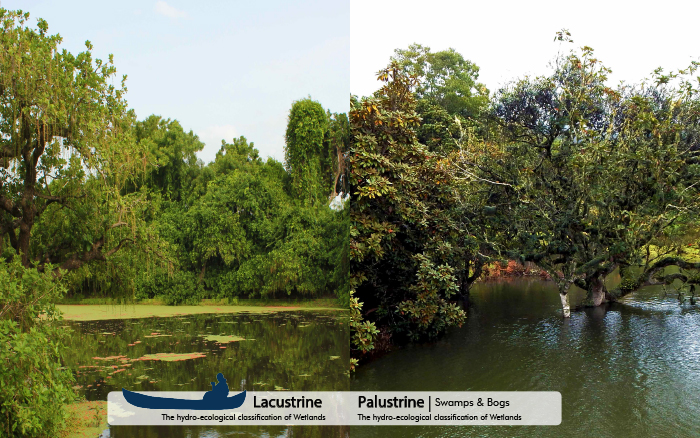 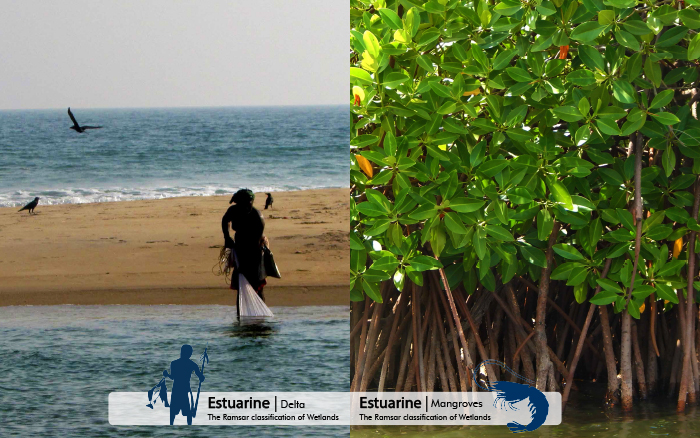 In addition, there are human-made wetlands such as fish and shrimp ponds, farm ponds, irrigated agricultural lands, salt pans, reservoirs, gravel pits, sewage farms and canals. The Ramsar Convention has adopted a Ramsar Classification of Wetland Types which include 42 types, grouped into three categories: Marine and Coastal Wetlands, Inland Wetlands, and Human-made Wetlands. 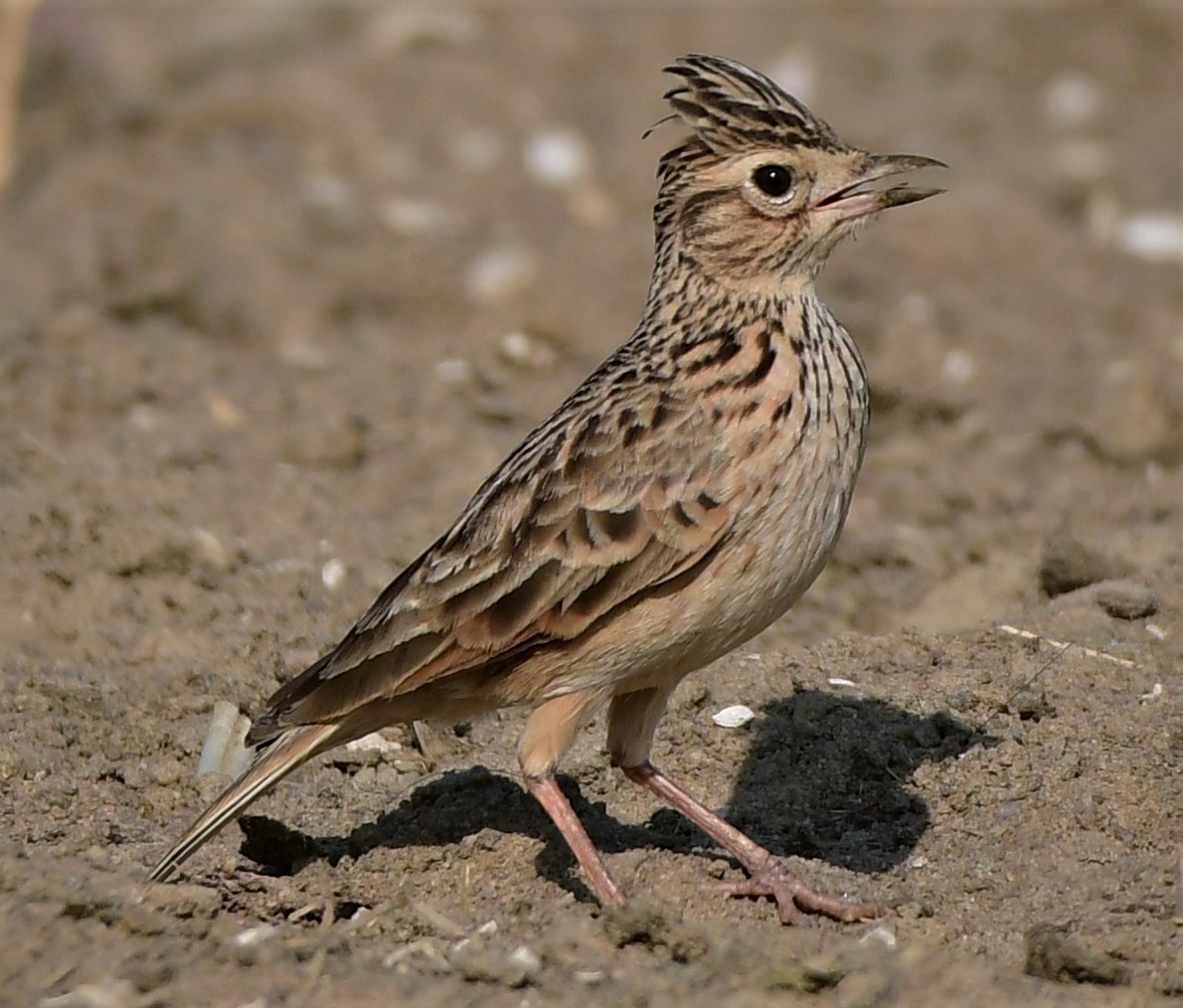 Wetlands provide tremendous economic benefits, for example water supply (quantity and quality); fisheries (over two thirds of the world’s fish harvest is linked to the health of coastal and inland wetland areas);agriculture, through the maintenance of water tables and nutrient retention in floodplains, energy resources, such as peat and plant matter, wildlife resources, transport, recreation and tourism opportunities.
In addition, wetlands have special attributes as part of the cultural heritage of humanity. They are related to religious and cosmological beliefs, constitute a source of aesthetic inspiration, provide wildlife sanctuaries, and form the basis of important local traditions.

These functions, values and attributes can only be maintained if the ecological processes of wetlands are allowed to continue functioning. Unfortunately and in spite of important progress made in recent decades, wetlands continue to be among the world’s most threatened ecosystems, owing mainly to the ongoing drainage, conversion, pollution, and over-exploitation of their resources. 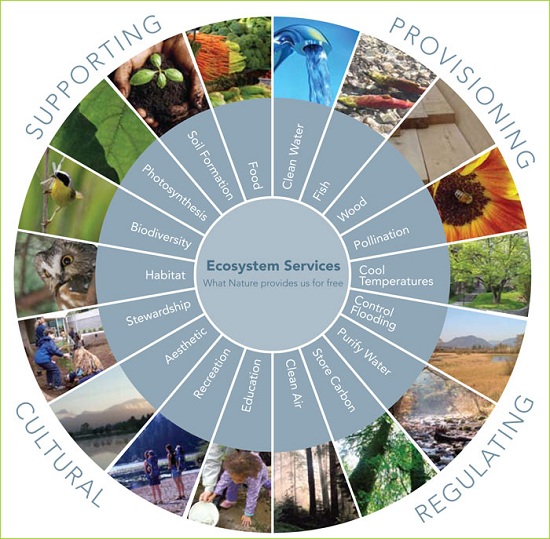 The economic worth of the ecosystem services provided to society by intact, naturally functioning wetlands is frequently much greater than the perceived benefits of converting them to 'more valuable' intensive land use. To replace these wetland ecosystem services, enormous amounts of money would need to be spent on water purification plants, dams, levees, and other hard infrastructure, and many of the services are impossible to replace.

In India, momentous losses of wetlands have resulted from conversion to industrial, agricultural and various other developments. These have caused hydrological perturbations and its various reverberations, pollution and several other effects. The threats can also be distinguished under biotic and abiotic components.

Wetlands play a key role in buffering the effects of climate change, thereby supporting climate adaptation and resiliency (Millennium Ecosystem Assessment 2005). Indeed, vegetated and healthy wetlands are among the most effective sinks for carbon on the planet. However, this potential is under appreciated in current policy discussions. The carbon sequestration capacity of wetlands is highly variable among different ecosystems, as is their hydrology and productivity. However, among these, seagrass beds (Blue carbon) are known to be very important carbon sinks.

Wetlands are among the ecosystems that are most strongly impacted by even small changes in climate and resulting changes in hydrological regimes, in particular through sea level rise and decreased surface and ground water levels.

Wetlands sequester some of the largest stores of carbon on the planet, but when disturbed or warmed, they release the three major heat-trapping greenhouse gases carbon dioxide, methane, and nitrous oxide. Protecting wetlands from human disturbance helps to limit the increase in greenhouse gases in the atmosphere. Wetland networks also are key corridors and stepping stones allowing species to move to cooler areas and thus adapt to rising temperatures.